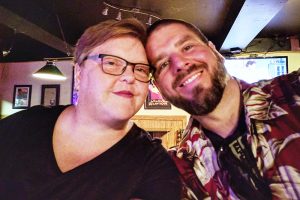 One evening in January 2012, Vickie Pynn was preparing dinner when she suddenly collapsed in the kitchen, breaking her nose on the hardwood floor. The healthy and active 54-year-old suffered a cardiac arrest.

“Nothing leading up to that day had indicated I was at risk,” Vickie recalls. “There is no family history, I always thought my heart was the last thing I needed to worry about. Thankfully, my husband, Douglas, was there or things would have been much different. He started CPR, called the ambulance right away and they got me to Vancouver General Hospital (VGH).”

After awaking from a nine-day induced coma, doctors had no idea why Vickie’s heart had stopped suddenly. Vickie then had an implanted cardioverter defibrillator (ICD) surgically inserted in her chest — a device similar to the paddles used by paramedics to restart the heart in the case of another cardiac arrest.

Vickie was experiencing arrhythmia or irregular heartbeats. The electrical impulses in her heart were not working properly, causing her heart to beat far too fast. She was given medications to help control her heart’s rhythm, but they didn’t work. In fact, her heart arrhythmia increased, leaving Vickie and her doctors perplexed. For the next three, long years, Vickie and her husband were constantly in and out of the hospital because Vickie would lose consciousness and receive an ICD shock which would correct the arrhythmia. Although they were life-saving, the aftermath of the ICD shocks was leaving her traumatized, both physically and mentally.

“It was so exhausting, I had so much anxiety and my life was turned upside down — it was horrible,” she says. “I could be feeling perfectly well one minute and within 20 seconds I could collapse, go into arrhythmia and receive a shock from my device.”

The situation for the couple was so stressful that her husband had to quit his job to take care of his ailing wife who could collapse at any moment.

But then Dr Andrew Krahn and the Hearts in Rhythm Organization (HiRO) reached out to the desperate couple.

“Since 2015, incredibly, that drug has kept me stable,” she says. “I have been without a shock from by defibrillator for three years.”

“Little by little, I’m getting my life back,” she continues, taking a deep breath. 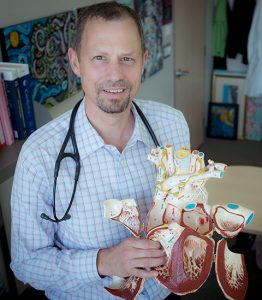 “We believe the best way to take care of these people is with a team,” explains Dr Krahn. “A team with expertise in kids, adults, hearts, genes, counselling and emotional support and in research. Research is crucial because we have a lot of unanswered questions. HiRO has that.”

“To be honest, I don’t know where I would be without them,” says Vickie, who gets emotional talking about what HiRO did for her. “I can’t express enough how vital Dr Krahn and the HiRO team were to my survival. They are all heroes to me.”

“HiRO is so important,” she adds. “Families going through this need somewhere to go and make sure everyone is safe. It’s peace of mind. It’s also important to raise awareness around the many types of inherited arrhythmia and to make sure everyone across the country has access to the same treatment that I did regardless of where they live.” 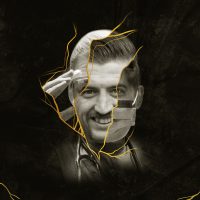 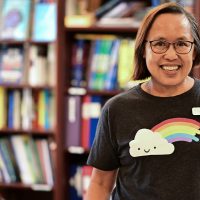 A Day in the Life: The Occupational Therapist
Read more