Vancouver animators Alison Snowden and David Fine’s newest film, Animal Behaviour, was nominated for an Academy Award in the animated short category. The film is dedicated to the staff at Vancouver General Hospital who helped save Alison’s life.

While working on the film in 2017, Alison became ill with what she thought was a respiratory infection. Her condition soon worsened as a rare lung infection destroyed her lungs.

“I was fighting for my life,” says Alison, and everything—including the film—was on hold. “VGH became a huge part of our lives, and the people there took such good care of me.”

To even be considered for a lung transplant, Alison’s condition needed to improve. Dr. Gordon Finlayson had an innovative idea that had never been tried. He had Alison placed on an ECMO machine, and woke her up from a medically induced coma.

The effort worked, and Alison received her lungs. She has since gone on to a full recovery, and a completed film.

“I never gave up and neither did the team at VGH,” says David. “We were there a long time and got to know many wonderful people who provided not just medical care, but emotional support. This is a very, very special place and as hard as this experience was, to be introduced to so many amazing, dedicated people has been no less than life altering. I can’t find words that adequately express how grateful I am.”

Alison and David didn’t take home an award on Oscar night, but as David explained in a “Loser Thank You Speech,” while they already felt like winners for the nomination alone, a win would have provided an opportunity to further share their gratitude.

“We could not have survived without the love and support of our friends and neighbours who where so there for us during our crisis,” says David.

“Alison so wanted to tell a billion TV viewers how grateful we are that doctors at Vancouver General Hospital saved her life… She also wanted to thank the unknown donor who provided the lungs which meant that she could live to be on this stage. I was going to say, be a lung donor because a bit of you might end up inside an Oscar winner. I can still say that because Alison is already an Oscar winner, but that message is vital. Go online and sign up. When you don’t need your organs, they can save someone just as wonderful as Alison.”

Vancouver General Hospital is the only site for lung transplants in BC. Help support the transplant and other surgical team by making a donation today. 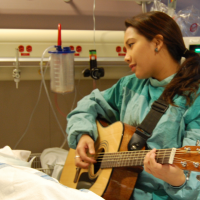 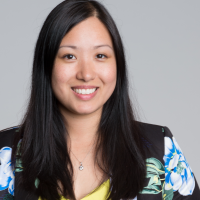