A tradition of giving: BC’s Ismaili Muslim community awarded for leadership in philanthropy 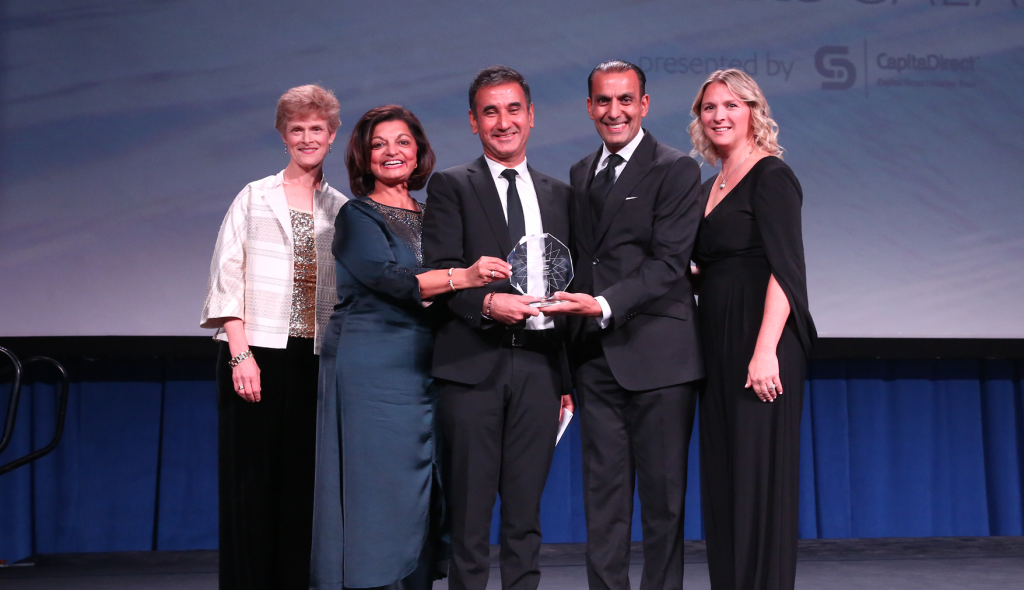 VGH & UBC Hospital Foundation is proud to announce the Ismaili Muslim Community of BC as the recipients of the 2019 Leadership Award for their work in support of mental health initiatives, and their philanthropic commitment to the broader community. This Award was presented on October 26 at the 2019 TELUS Night of a Thousand Stars gala presented by Capital Direct.

The Muslim community adheres to a tradition of giving; giving one’s time, talents and material resources to enhance the community around them.

Through this spirit of generosity, the Ismaili community raised millions of dollars in support of local community organizations, inspired a new generation of philanthropists, and continues to raise the bar for community-led initiatives.

“One has to think not about just one’s own self-interest, but really the interest of others,” says Samir Manji, President of the Ismaili Council for BC. “I think His Highness the Aga Khan put it best when he said The question is not only what have I achieved, but what is it that I have helped others achieve?”

This notion of selflessness and working to better the world around them is paramount to the values which the community lives by.

“The community truly embodies what it means to be engaged citizens,” says Barbara Grantham, President and CEO of VGH & UBC Hospital Foundation. “Our Foundation is profoundly grateful to the Ismaili Muslim Community of BC for their generosity and leadership. Through their years of continuing charitable endeavours, they have enriched thousands of lives in BC.”

Wherever the Ismaili community has resided, it has endeavoured to give back in to improve the quality of all citizens, and to leave the world a better place.

This active volunteerism includes hosting their own community events such as the Ismaili Walk which began in 1992. It raised more than $5 million for local charities in BC with mandates that include young people, homelessness, environmental and health causes. In 2015 and 2016, the Walk raised over $550,000 for VGH & UBC Hospital Foundation to improve mental health care and support the Joseph & Rosalie Segal Family Health Centre at Vancouver General Hospital.

“For Canada’s 150th anniversary, the Ismaili Community wanted to give a gift to Canada,” says Alim Dhanani, a youth volunteer. “The gift was donating one million hours of service to Canada, and we were so excited that we were able to actually volunteer over one and a half million hours, 200,000 of which were in BC.”

Dr. JJ Sidhu, Medical Director of Psychiatry – Vancouver Acute, Tertiary, & Urgent Services, says, “The Ismaili community has made a significant impact for clients and patients using mental health services at Vancouver Coastal Health. This has been through advocacy, education and role-modeling in terms of developing initiatives like the Ismaili Walk.”

“As citizens, it is our responsibility to help grow and build the province and country we live in”, says Samira Alibhai, former President of the Ismaili Council for BC.

“This has been our chance to say thank you for accepting us, for welcoming us and for helping us become successful,” says Samira. “For us to be a part of the Joseph & Rosalie Segal Family Health Centre where families can come with their loved ones and have them heal and taken care of together… how can we not be a part of this?”

“VGH & UBC Hospital Foundation is profoundly grateful to the Ismaili Community and is proud to continue to work together to inspire donors, transform health care and save lives. Thank you, and congratulations to the Ismaili Muslim Community of BC for your lifetime of giving,” says Barbara. “You are most deserving of our 2019 Leadership Award.”