It is with a heavy heart that we share the news that our friend and loyal health care philanthropist Stephen Sander has passed away.

Stephen lived to be 85 years old. And throughout those years he created an enduring legacy whose generosity has no doubt affected the lives of thousands of patients across BC and the country.

“Stephen was a self-made man, whose life was an exemplary tale of the Canadian dream,” says Angela Chapman, President & CEO of VGH & UBC Hospital Foundation. “He was dedicated to his family and committed to the communities that helped shape the life he made. Health care in Vancouver has been made better through his generosity, with support for new technology and improved patient care programs.”

Throughout Stephen’s life he provided many meaningful and transformative gifts, including three $1 million gifts in support of an upgraded MRI machine at UBC Hospital, surgical robot “Jack Jr.” and a new 3T MRI machine at VGH. These devices serve thousands of patients every year, providing them with the highest level of diagnostic accuracy, reducing wait times and providing better outcomes.

Stephen was born in 1934 in Gujranwala, in an area now known as Pakistan, to a Sikh farming family. During the partition of India in 1947, Stephen’s family was separated. He lived on the streets of New Delhi for years, all while pursuing a university degree in education.

Stephen immigrated to England in the 1960s before moving to Bridgewater, Nova Scotia. He was a teacher for 15 years, but eventually he turned his eye to real estate.

In 1972 Stephen founded Hollyburn Properties out of West Vancouver. He led this family business to the forefront of the industry and committed to providing residential rental apartment homes in three provinces across Canada.

“Stephen was a titan,” says Jim O’Hara, Vice President, Leadership Giving at VGH & UBC Hospital Foundation. “And his spirit will live on.”

Thank you, Stephen, and the Sander family. You have made an immeasurable impact on health care in BC and across Canada. The world is a better place because of you. 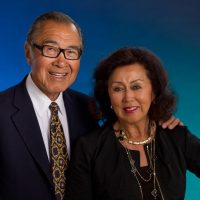 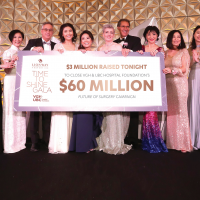