Rare in every respect, a legend to his peers and those who had the pleasure to work with him, Jim O’Hara has retired after 23 remarkable years with VGH & UBC Hospital Foundation.

Jim’s work has truly embodied the heart of the Foundation’s values – to transform health care, inspire donors, and save lives. And it is safe to say Jim has lived and breathed these values tenfold.

“How happy I am that I have known Jim O’Hara and that our paths have crossed,” says Angela Chapman, President & CEO of VGH & UBC Hospital Foundation. “As Jim retires, he leaves a new generation of fundraising professionals who have been inspired by him and will carry on his legacy of building life-long bonds with physicians and with donors. His legacy continues through the transformative gifts and projects which he helped inspire, among them and so impactful is the Joseph & Rosalie Segal & Family Health Centre. As impactful as those gifts have been, and will continue to be, on our Foundation’s beneficiaries, the chief amongst his achievements and his chief legacy will be the Art Program.”

Jim co-founded the VGH & UBC Hospital Foundation Art Program in 1998 with Roberta Beiser, working off the side of his desk – or rather under it in “stealth” as he put it. What started as an idea to bring colour to grey hospital walls in an effort to humanize clinical spaces has grown into one of the largest hospital art collections in North America, boasting more than 2,400 pieces spread across Vancouver Coastal Health campuses.

“Joining hands with a dedicated corps of community and arts leaders, the collection he leaves behind surpasses more than 2,400 pieces that humanize, inspire and beautify the spaces at VGH, UBC Hospital, GF Strong Rehabilitation Centre and across several sites of Vancouver Community Health,” says Angela. “Thousand and thousands of patients, clients, families, employees and visitors will have the benefit this Art Program will bring, now and for generations to come. Thank you, Jim O’Hara: my life is richer for knowing you.”

Jim started his career in fundraising in 1994, helping secure major gifts in education before joining VGH & UBC Hospital Foundation in 1997. He has been a senior member of the team for more than two decades and is responsible for raising hundreds of millions in major gifts for health care, amongst them, two of the largest personal health care gifts in Canada at $20 million dollars each – one from Jim Pattison and another from Gordon and Leslie Diamond.

Jim has received awards for the Canada 125 Medal and the Order of the Cote D’Ivoire, and in 2013 was named Outstanding Fundraising Professional by the Association of Fundraising Professionals. He has been a board member of several community initiatives including the Whistler Forum, the Canadian Club, Leadership Vancouver and Vancouver Art Gallery. He was the Honorary Consul for the Cote D’Ivoire for 10 years.

In celebration of Jim’s retirement, we invite you to donate to ensure the continuation of Jim’s most impactful legacy – the VGH & UBC Hospital Foundation Art Program. 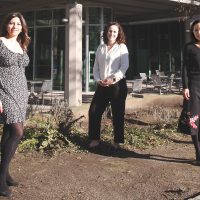 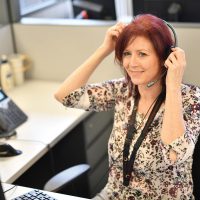 A Day in the Life: The COVID-19 Contact Tracer
Read more