Giving ‘the gift of life’

The appreciation for life and community he acquired throughout his 81 years extended after his passing in 2015 with a gift of $18.4 million to VGH & UBC Hospital Foundation. The donation amount is not a random figure. Eighteen, in Hebrew, means ‘chai’ or ‘life’ and that symbolism represents the fervent lust for life that Leon had every day.

“In this way, Leon gave ‘the gift of life’ to the people of British Columbia who need our services,” says Dr. Jaap Hamburger, a VGH cardiologist and friend.

Just before the Holocaust, a young Leon Judah Blackmore fled Poland with his family to escape persecution. That experience built a moral foundation for Leon, who eventually became a private, yet significant, pillar in Vancouver’s real estate community.

Leon told friends he wanted his wealth allocated to causes where it could make the most impact and help the most people. His donation to VGH & UBC Hospital Foundation is distributed across several areas, including the recently opened hybrid operating room at VGH, the Men’s Health Initiative, a new Cardiac Diagnostic Centre at VGH and the newly expanded Leon Judah Blackmore Centre for Sleep Disorders at UBC Hospital.

“This gift, one of the largest our Foundation has ever received, will have meaningful impact on these priorities,” says Barbara Grantham, President and CEO of VGH & UBC Hospital Foundation. “Leon was clearly a man of vision, personality, drive, ambition and generosity. This gift will advance four of our priority areas and all British Columbians will benefit.” 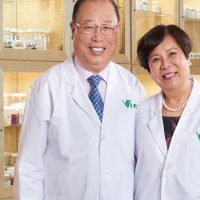 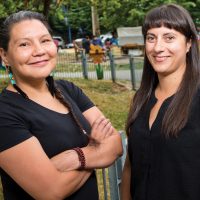 Expert care when and where you need it.
Donate to the Future of Surgery.