“He was a very determined guy and very stubborn about things he was going to do and willing to put in the effort to make it happen.” - Clark Warren, on his son Chad, pictured above.

In 2001, when Chad Warren was 26 years old he was told he had multiple myeloma, a cancer that affects the bone marrow and immune system. He was one of the youngest people in Canada to be diagnosed with this disease.

To add to Chad’s news, one year later it was found his mother Sandy had the same disease. His mother still lives today thanks in no small part to her son’s generosity and determination.

Through the care Chad and his mom received, their lives were improved and extended, and they felt compelled to give back.

In 2008, Chad pledged to raise $1 million for the HRP to help support blood disease research and treatment.

Chad wouldn’t live to see his dream fulfilled, but when he passed in 2009, his father Clark and his sister Jennifer took on the mantle.

“Nothing feels better in life than giving. Give yourself and encourage others to give, and do it generously.” – Clark Warren

In the fall of 2018, at the eighth annual Chad Warren Charity Challenge Tennis Tournament – an event hosted by Hollyburn Country Club – Clark and Jennifer were overwhelmed with pride and gratitude as Chad’s seemingly impossible dream was realized.

“There was cheering and clapping and we had confetti flying,” says Clark. “Family and close friends of Chad’s were all there along with many of the tournament players and we were ecstatic. From the outset, let’s face it, it was a very large goal!”

“We didn’t just fall over the line, we soared,” says Clark. “I tried to think of what Chad’s words would be after reaching this goal. I think he would say, This is totally awesome.”

Chad was determined and truly believed he was going to successfully raise $1 million. And through his family, friends and community, he did.

You can make a difference and support vital research with a fundraiser of your own. Learn more. 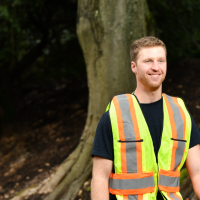 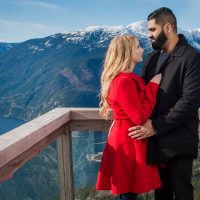