Epilepsy Patient Uses Second Chance at Life to Help Others

Natasha Wasmuth has turned her experience with epilepsy into an annual fundraiser that supports the Seizure Investigation Unit (SIU) at Vancouver General Hospital, a place very close to her heart.

Natasha’s symptoms started as a teenager, progressing to the point that she was often unable to leave the house, and had to complete high school via correspondence. At the time, she was misdiagnosed as having a stress disorder.

Ten years after her symptoms started, she began to experience severe tonic clonic seizures, and she was diagnosed with epilepsy. After numerous MRI’s a lesion was discovered on her left temporal lobe, known as focal cortical dysplasia (FCD), a condition that developed before she was born. As FCD is drug-resistant, a surgical approach was her only option.

Natasha was referred to the SIU where they could monitor her seizures in real-time.

“I can truly say they won my heart,” says Natasha. “The neurology nurses were kind, attentive, and highly trained. I also had the pleasure of meeting one of Canada’s most renowned neurosurgeons, Dr. Gary Redekop, who gave me a second chance at life.”

Following her stay at the SIU, Dr. Redekop performed a lesionectomy, removing the damaged areas from her brain.

Since that 2013 surgery, Natasha has remained tonic clonic seizure-free.

More than 32,000 adults in BC are diagnosed with epilepsy, and a large percentage could benefit from surgical treatments. Between misdiagnosis, wait times, and experimenting with different medications, patients like Natasha can wait years for effective treatments as they suffer from increasingly debilitating symptoms.

The SIU is the gold-standard for hard-to-diagnose epilepsy cases, and the only place in BC to receive the necessary tests to determine surgery candidacy. Due to demand, wait times for the SIU can reach up to three years.

“While stuck in bed with my head covered in electrodes, I decided that the only answer was to make a change,” says Natasha. “My experience with epilepsy was a living hell, as it is for so many patients, so that would be my mission. 10 months later I came out of surgery knowing my second chance at life would be about helping others.”

As a grateful patient, Natasha recognized the affect donor support had on the treatment she and other epilepsy patients received.

“As skilled as doctors and nurses in a leading-edge hospital are, they need the most precise equipment to help them do their amazing work,” she says. “For example, an epilepsy robot that can detect where electrical impulses are taking place was funded by donors. The amazing hearts of the couple who donated the funds are what philanthropy is all about. When you donate, volunteer, or hold events to fundraise for equipment that will help change and save lives, I find there is no better feeling in the world.”

Each March Natasha raises funds in honour of Epilepsy Awareness Month, culminating in a big fundraising event at the end of the month. With the support of the Quesnel community, she has raised over $27,000 to support the SIU at VGH. Her 2019 event recently brought the total to over $32,000.

“Quesnel is the only city I know of fundraising for the VGH SIU, it’s such a vital part of the hospital and for that we’re very proud. I started this effort, but this community has helped make it flourish. Quesnel is truly the best city to live in and I’m so incredibly grateful.”

The Seizure Investigation Unit and other specialized areas of Vancouver General Hospital depend on your support. Make a difference for patients like Natasha and donate to our Brain Health campaign today. 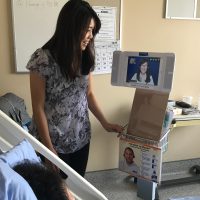 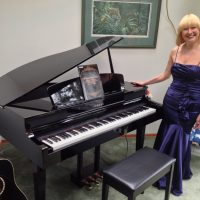 Brain aneurysm survivor leaving a legacy for all
Read more