It is with deep sadness that we acknowledge the passing of an extraordinary community leader, philanthropist, our Foundation’s founding Chairman and close friend Peter Bentley (1930-2021). Peter was recognized across BC and Canada as a business and community leader, with the Order of British Columbia and the Order of Canada among the accolades recognizing the impact of his exemplary leadership.

Born in Vienna (Austria) in 1930, Peter was the son of Leopold Bloch-Bauer and Antoinette Ruth Pick. The family fled Vienna in 1938 and settled in British Columbia. His father, who changed his name to Leopold “Poldi” Bentley, founded a furniture and paneling veneer company called Pacific Veneer with his brother-in-law John Prentice, that became Canadian Forest Products Ltd and then Canfor Corporation.

Peter, who attended family business meetings from a young age, began his forestry career in earnest aged 14 when he worked in a logging camp over the summer – earning $25c an hour. Peter, who didn’t take anything for granted, worked hard and learned the business from the ground up from his father and uncle, and staff from all parts of the business. Rising through the ranks, Peter became Executive Vice President of Canfor in 1970, and was Chairman and CEO from 1975-1995. Under his leadership, Canfor became one of Canada’s foremost producers of forestry products and one of BC’s largest homegrown enterprises. Peter also enjoyed other businesses, including his directorships and being a key participant in car importing businesses and most recently SierraSil Health Inc.

Giving back to society was an important part of Peter’s life. He devoted enormous energy and time to a myriad of corporate and non-profit boards, bolstering both the social and economic fabric of our community. Peter’s integrity, hardworking nature and dedication to his family and the community have made an enduring impact on our province and beyond. He was instrumental in the formation of our Foundation, which over its 41-year history has raised over $1 billion–transforming health care for all British Columbians, from hospital to home

“Peter was a great man and extraordinary community leader. As the Founding Chairman of the Board of Directors of VGH & UBC Hospital Foundation, he provided sage advice and guidance to the Board and Foundation leadership for over 40 years,” says Gary Segal, current Chairman of the Board of Directors. “I feel proud and immensely grateful to Peter for his pioneering leadership in creating our Foundation and for his lifelong dedication to transforming health care delivery for current and future generations.”

Other organizations that have benefited from Peter’s leadership and generosity are a testimony to the breadth of his commitment to improving the lives of others. They include BC Sports Hall of Fame, the Vancouver Police Foundation, St. George’s School, York House School, the University of British Columbia, the Business Council of Canada and the University of Northern British Columbia.

In 2019, a greenspace on the Vancouver General Hospital (VGH) campus was named the Peter Bentley & Family Square to honour and recognize the spirit of generosity and leadership that Peter and his wife , Sheila, have embodied and engendered in their children: Barbie, Susie, Joanie, Michael and Lisa.

“Peter and the Bentley family’s philanthropy has been instrumental to programs big and small in our hospitals, ranging from cancer care and research to cardiology through to our Future of Surgery Campaign,” says Angela Chapman, President & CEO of VGH & UBC Hospital Foundation. “Though Peter will be dearly missed by his family and all of us who were fortunate to call him our friend, his philanthropic and community legacies will live on.  We shall remember Peter for his dedication and unwavering support of our Foundation, which has fuelled innovation and improvements in health care that benefit all British Columbians.” 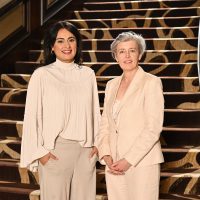