“If it wasn’t for this new procedure pioneered by Dr. John Webb, Dr. David Wood, and the team in Vancouver, I might not be alive today. There simply was no other recourse for someone in my position.”

Bill Dickson knows he was given a second chance—and he’s living like it.

A few years ago, the then 80-year-old started to feel the effects from a congenital heart defect he suffers from known as a bicuspid aortic valve. Most heart valves have three “flaps”, but occasionally only two are found in individuals. While it was something Bill lived with most of his life without issue, over the course of time it started to cause problems.

“I was told I needed to ‘get that fixed or you’ll wake up dead,’” says Bill. “The problem was that some other heart issues meant that open heart surgery was not feasible.”

Bring in Dr. David Wood, Head of the Division of Cardiology at VGH, and his partner and mentor Dr. John Webb.

Dr. Wood, alongside Dr. Janar Sathananthan and Dr. Richard Cook and the interventional cardiology team, understood that Bill was not a candidate for open-heart surgery, but the experts had an idea. They had been iterating and improving upon a new, minimally invasive valve procedure called Transcatheter Aortic Valve Implantation (TAVI), for patients with valvular heart disease. Much of the development of the TAVI procedure had been done right here in Vancouver.

“Through TAVI, Bill had another chance,” says Dr. Wood. “He wouldn’t have done well with invasive open-heart surgery which includes general anesthetic, slicing of the sternum or breastbone, followed by longer hospital stays up to 7 days and longer recovery times, but he could handle a minimally invasive catheter procedure. And the team decided TAVI was his best chance.”

Bill remembers going into VGH at 7 a.m. and into the newly renovated high-tech cath lab room around 9 a.m. He was awake, though sedated, throughout the procedure performed by Dr. Wood.

He walked out of VGH at 4 p.m. the same day equipped with a new heart valve and enjoyed a glass of wine that evening. Dr. Wood and his colleagues have been working towards an early discharge program for TAVI patients which started locally in Vancouver and has now grown to a global initiative called the Benchmark Program with over 220 sites globally adopting this approach. Bill was the first TAVI patient at VGH to be released on the same day that the procedure was performed. This innovative approach to patient care has been studied further by the Vancouver team. A recent multi-center study, led by Dr. Madeleine Barker and the Vancouver team, showed that same-day discharge could be performed safely after TAVI at global sites.

Bill refers to this procedure as a miracle, and “found it much less trying than dental work!” 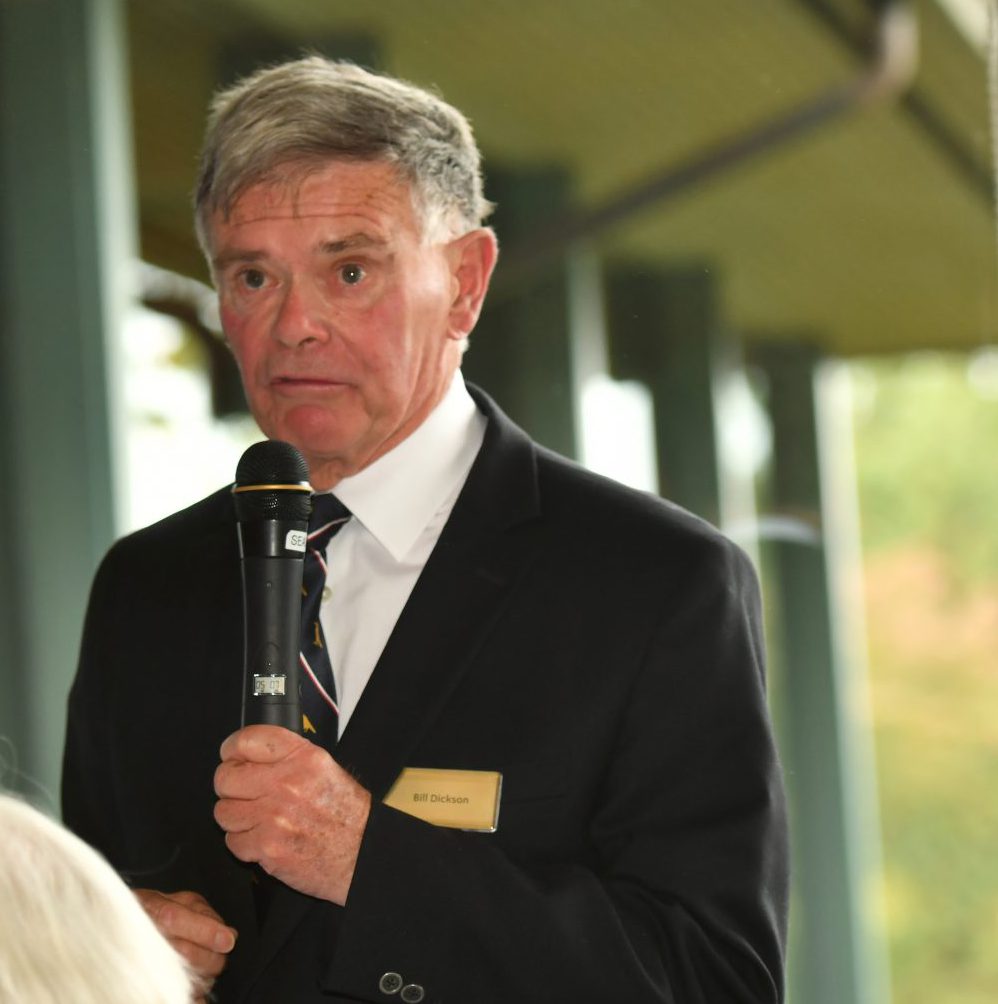 “After the procedure, I knew I wanted to do something,” says Bill.

Bill generously donated funds to assist young doctors to complete their advanced fellowship training. After all, Bill knows how long and demanding that training is.

“You need these experts in place to be able to make these incredible achievements and breakthroughs, just like Dr. Wood and Dr. Webb have accomplished,” says Bill. “It’s these individuals and their teams who advance medicine. I am literally on my feet because of them.”

Bill is grateful for his second chance to live a full and active life and feels privileged to support the next generation of medical superstars at VGH and UBC Hospital.

He would particularly like to thank Dr. Wood for performing the TAVI procedure, Dr. Juliette Atherstone, his anesthesiologist for the procedure, and of course Dr. Webb and the whole cardiology team at VGH.

Your donations support ground breaking research and life-saving procedures happening every day at VGH. Give today.