Stem cells and the future of diabetes care

Researchers have published a first-of-its-kind study showcasing a treatment for Type 1 diabetes utilizing stem cells which could revolutionize diabetes care in the future.

At first 15 patients underwent surgery at Vancouver General Hospital, where several cell-containing devices developed by California-based biotechnology company ViaCyte were implanted under the skin. Each device contained millions of lab-grown cells that originally came from a single stem cell line and were ‘coached’ into maturing into beta cells, which are responsible for producing insulin.

“This work represents a major scientific breakthrough and demonstrates the critical role UBC and VCH are playing on the international stage to help find a cure for Type 1 diabetes through state-of-the-art research,” said Dr. David M. Thompson, the principal investigator for the study in Vancouver, director of the Vancouver General Hospital Diabetes Centre and clinical assistant professor in the UBC faculty of medicine’s division of endocrinology.

The study observed levels of a chain of amino acids called C-peptide—a byproduct of the body’s formation of insulin—after participants ate a meal. They found that C-peptide levels rose, indicating insulin production, as injecting insulin into the body does not generate C-peptide.

“Because of this initial success, we are now implanting larger numbers of cells in additional patients and we hope that this will result in a significant reduction or even elimination of the need for patients to take insulin injections in the near future,” says Dr. Thompson.

This major scientific breakthrough demonstrates the critical role UBC, VGH and Vancouver Coastal Health are playing on an international stage to help find a cure for Type 1 diabetes through state-of-the-art research, supported by donor funding.

Researchers from the University of British Columbia and Vancouver Coastal Health have received $1 million from Canada’s Stem Cell Network to conduct research and a clinical trial for one of the world’s first genetically engineered cell replacement therapies for type 1 diabetes.

“This has the potential to transform the management of type 1 diabetes, hopefully eliminating the need for daily insulin injections and overcoming the drawbacks of previous cell replacement therapies,” says Dr. David Thompson, a clinical assistant professor of endocrinology at UBC and director of VCH’s Vancouver General Hospital Diabetes Centre who is leading the study. “I am very grateful to the Stem Cell Network for supporting this important work.”

The researchers say the study is an important step toward developing a potential functional cure for type 1 diabetes.

“I’m hoping within the next few years somebody will be using the device to live their life free from daily insulin injections and free from immune-suppressing drugs,” says Dr. Thompson.

Back to Vital Magazine 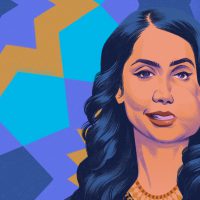 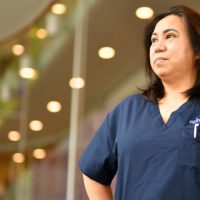 A Day in the Life: The Housekeeper
Read more