It should have been the happiest time of his life.

Erik Brinkman was newlywed to his beautiful wife, Arianna. The two vacationed to a resort in Cancun, Mexico to spend  time together celebrating each other and their futures.

Erik never would have guessed it would have turned into one of the most horrific times of his entire life.

“We were having fun in Mexico together on our honeymoon. Spending time at this beautiful resort. And I remember walking into the hotel room and heading towards the wet balcony and slipping,” says Erik. “After that, it was just pain.”

Erik doesn’t remember the fall. He doesn’t have the memory of falling four storeys, landing on his feet in the courtyard—the impact causing horrific damage and excruciating pain throughout this body. Erik broke his pelvis, kneecaps, feet and left elbow, and he suffered four breaks in the joint between his pelvis and spine. Both femurs were fractured at their midpoints and the left femur had completely broken off at the hip joint. He had extensive spinal damage, internal bleeding and blood clots in his lungs.

And in Mexico, where Erik’s O-negative blood type is so rare he couldn’t access the life-saving blood he needed to return home, his prospects were grim.

“I was in crisis mode. I couldn’t get home and the doctors in Mexico were not operating on me. They said they had no blood to help with the surgery,” says Erik. “I remember looking down and seeing bone poking out of my leg.”

Unable to get blood, Erik was waiting in the Cancun hospital for 5 days. He was in “10 out of 10 pain” he describes, running on zero sleep and a cocktail of pain medications that weren’t working for him.

“I was hysterical,” says Erik. “I was just looking for any way out.”

At this point, Erik’s legs were risking such an infection the surgeons in Mexico wanted to remove them. But his wife wouldn’t let that happen.

“Arianna blocked them. She just said, ‘No, we’re going to figure a way to get him blood,’ and she refused to sign any forms,” says Erik. “She told them, ‘He’ll survive. He’s a fighter.’”

And so Arianna, his family and his friends took matters into their own hands. They led a blood drive at home in the Lower Mainland and in Mexico and sourced O-negative blood from generous donors, including from his Dad and Brother.

It was enough to keep Erik stable and get him medevacked to Vancouver, where upon arrival he went into the care of the experts at VGH. 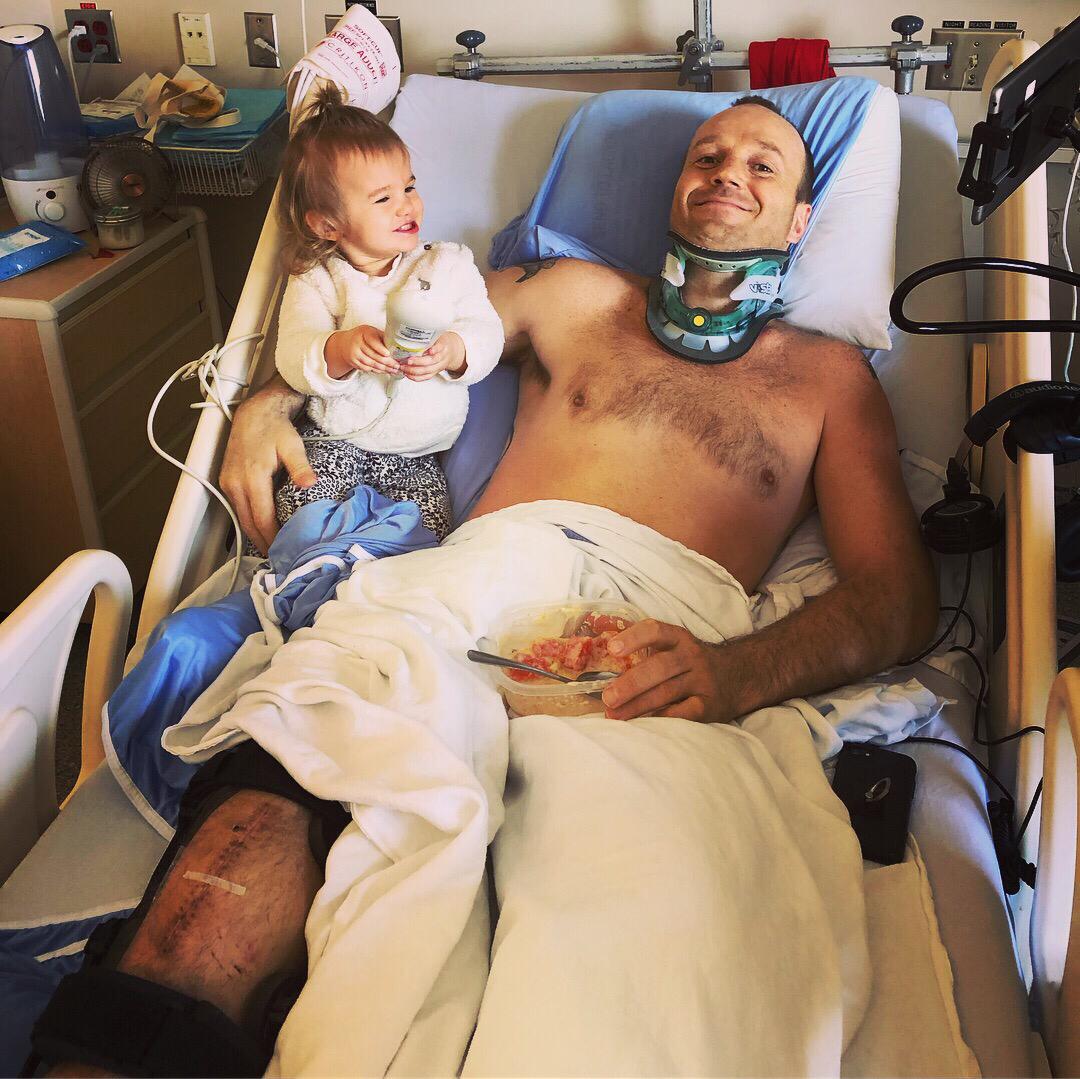 World-class care back at home

“As soon as I got to VGH, I felt like a patient,” says Erik. “I felt like a person as opposed to a for-profit opportunity. Now I’m a human, now I matter, now I’m safe, and now I’m going to survive. That was the moment I recall at VGH—I saw a future.”

Over the following months, multiple departments and specialists worked together to coordinate Erik’s care. Led by Dr. Henry Broekhuyse, orthopaedic surgeon, and support from the division of reconstructive orthopaedics’ Dr. Lisa Howard, they performed many delicate and complex procedures.

One such procedure was a complex hip surgery co-led by Drs. Broekhuyse and Howard.

“Basically, Erik had pelvic trauma and as a result he developed arthritis,” says Dr. Howard. “The challenge here is Erik had extensive hardware running down his entire femur and hip joint from the multiple surgeries he already went through. This complicated things.”

Utilizing her subspecialty training, Dr. Howard came up with a plan: remove the previous hardware installed by Dr. Broekhuyse and install her own specialized implant they ordered specifically for Erik. The implant would be easier to remove if needed in case of future infection, allowing for improved care and better outcomes now and into the future.

“All in all, this surgery takes about two to two-and-a-half hours to complete,” says Dr. Howard.

Piece-by-piece they put Erik’s body back together and gave him the second chance at life that he so desperately needed. 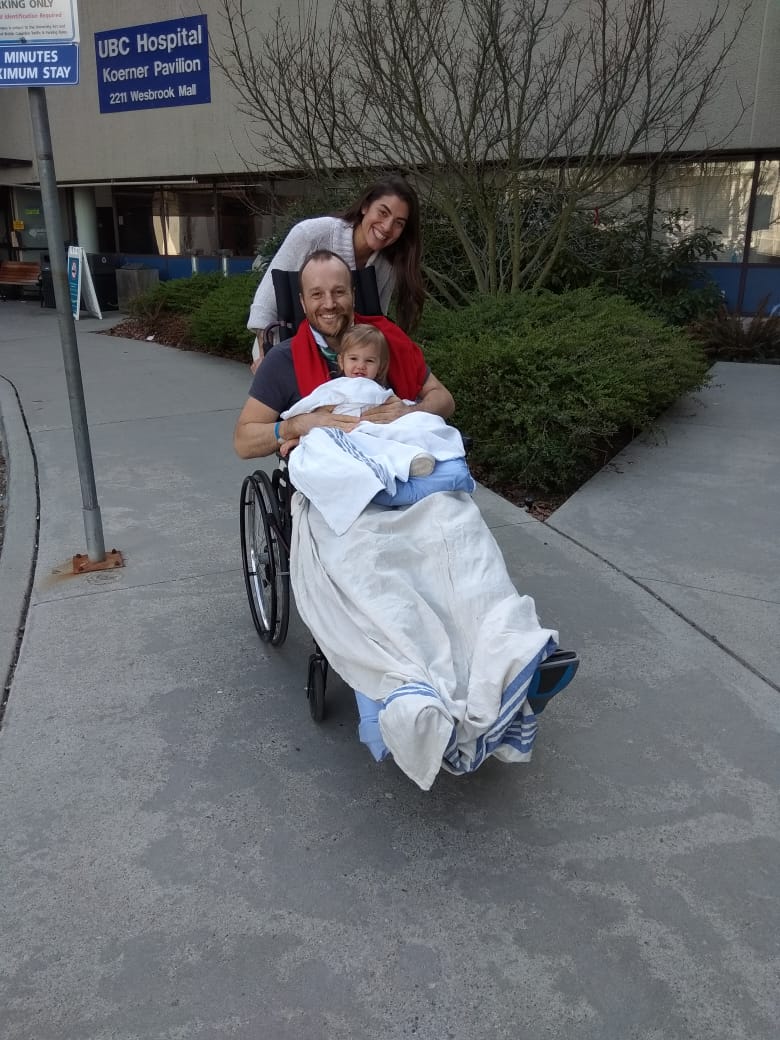 At the end of May, three months after the accident, Erik was still unable to walk. And so he was enrolled into an intensive therapy program at GF Strong; a bootcamp for the brain and body.

“GF Strong is amazing,” says Erik. “I even did therapy where I was in the kitchen learning how to cook again, and practicing making breakfast, because I was having real identity challenges. Previously, I was a a very physical and very capable person, being a father, being able to lift up my kids, being able to provide, being able to protect, being able to cook, being able to clean, carry, all of these things are really important to my identity. And so GF Strong really worked with me.”

In particular, Erik made a goal of cooking breakfast for his family—a tradition he loved, and worried, he had lost.

“My wife came in and I was in a kitchen going from carrying stuff with walkers and trying to cook in that state. I served my wife breakfast at GF strong,” says Erik. “And then by the end I was walking with walkers and the rest is history.”

Hope for the future

“For me, coming through this, it’s given me endless opportunity to learn from my trauma, learn from my pain and really learn that life is a gift and we need to go all in,” says Erik.

And go all-in he has. Since returning home, Erik graduated as Valedictorian with an Executive MBA from Simon Fraser University and dove headfirst into the family business as a Director of Brinkman Group. He is a present and attentive father to his two children, and a grateful husband to his wife, Arianna.

“Now, any moment I get with my family is just the best medicine,” says Erik. “It’s such a gift. They are the world’s best healers that I’ve ever experienced. It’s such a joy.”

Erik’s surgical team as VGH was equipped with the tools and technology needed to save his life and his legs. Donor support is key to ensuring they’re able to provide the best care possible to all British Columbians. 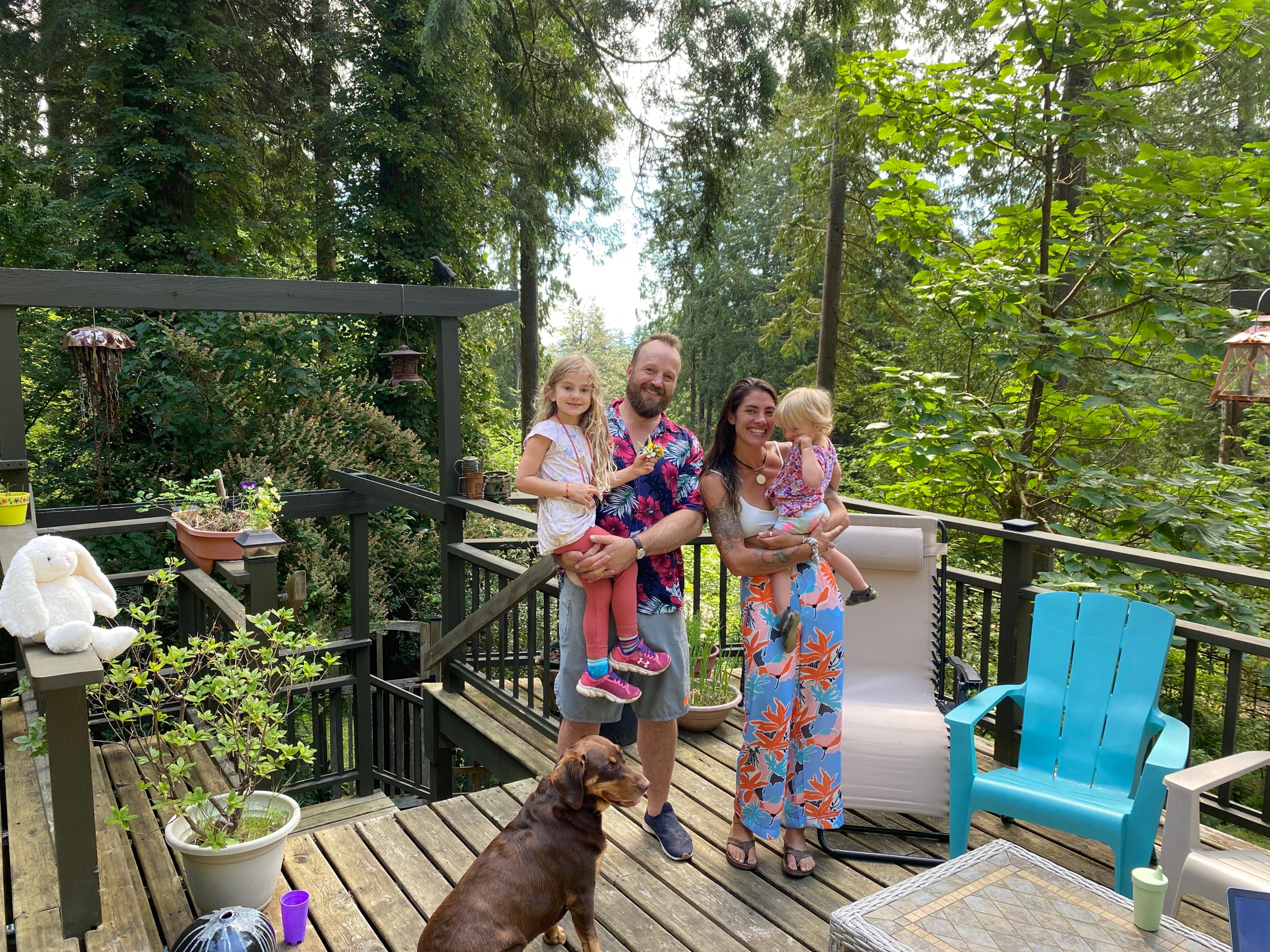