OSA is usually diagnosed by an overnight sleep study. While this study collects rich, complex data, very little of this is able to currently be used in clinical decision making. This complex data is essentially reduced into a single number to assess OSA severity. One of the problems posed by reducing this data to a single number is that it does not accurately predict long term health complications such as cardiovascular disease (CVD).

Dr. Najib Ayas believes that physiologic features embedded in the polysomnogram can help predict incident CVD and other long-term health complications. Extracting this data using a signal processing technique and then applied to machine learning algorithms could help to determine which features or combination of features are predictive of CVD and other long-term outcomes.

Dr. Ayas is an Associate Professor of Medicine at the University of British Columbia and staff at the Leon Judah Blackmore Centre for Sleep Disorders at UBC Hospital.

He completed his medical degree at the University of Alberta graduating second in his class, his Internal Medicine Residency at the Mayo Clinic, and a Respiratory/Critical Care/Sleep and Research Fellowship at Harvard Medical School. He also completed a Masters in Public Health from the Harvard School of Public Health.

He has been actively involved in clinical practice and research of sleep since 1996 with more than 200 scientific publications. His work has been funded by a variety of sources including the Canadian Institute of Health Research, Canadian Patient Safety Institute, Vancouver Coastal Health Research Institute, British Columbia Lung Association, MITACS, sleep technology companies, and the National Institutes of Health. He is currently the number one obstructive sleep apnea expert in Canada. 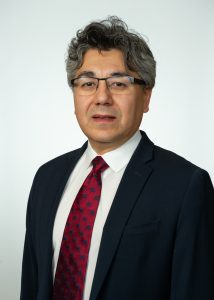 Each finalist has been assigned a mentor to help fine-tune their presentation.

Jason is a Co-Founder of Nimbus Synergies, a $20M venture capital fund investing in digital health technologies. As Vice President of Investments, Jason leads early-stage financings in innovative health technology companies and then leverages his professional experience to help these companies scale.

Since Nimbus’ founding in 2017, Jason has led investments in nine BC-based companies deploying almost $12M. In January 2020, portfolio company Blue Mesa Health was acquired by Virgin Pulse. As Nimbus’ first exit, this was a tremendous accomplishment and Jason served as a significant contributor through his role as a Board Director.

Jason currently serves as Chair of the Board of Directors of Alavida Health, Board Director of LifeBooster, and Board Observer for Claris Healthcare and Zennea Technologies.

Prior to Nimbus, Jason was head of Business Development for Aquinox Pharmaceuticals for almost a decade. During that time, Jason was integrally involved in the company’s raising of >$200M in financing, successful NASDAQ IPO, as well as initiating a $155M partnership with Japanese pharmaceutical company Astellas Pharma. 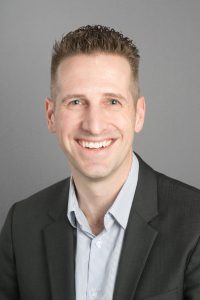