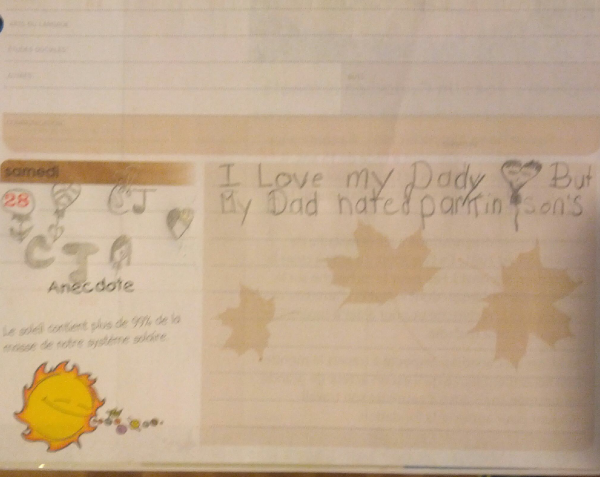 “Some mornings I would wake up and literally crawl down the hallway because of how much pain I was in. I could barely control it — my body was working against me.” 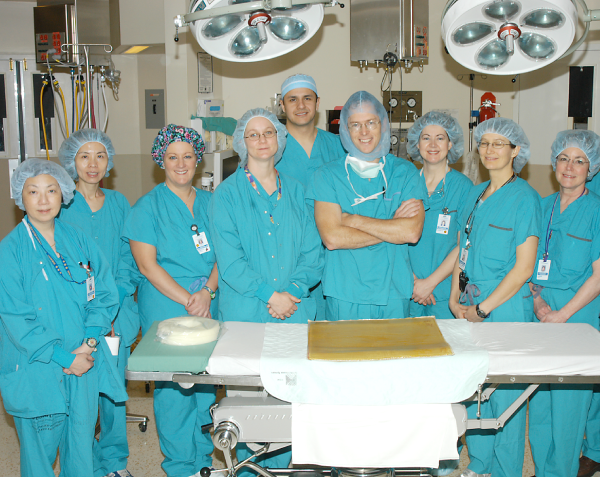 Steve Blackthorne was just 36 years old in 2001 when he started to have tremors. He didn’t know it then, but this was an early sign of Parkinson’s disease.

At first, medications were managing the symptoms. But over the years it only grew worse and soon the medications couldn’t address the increasingly powerful tremors.

“I started to have dystonic episodes four to five times a day,” says Steve. “It got to a point where if anyone asked me to come out, I would decline. I was afraid of convulsing in front of people.”

Steve stopped doing a lot of things in his life. He went from being a 210 pound athlete down to 160 pounds. He lived in constant fear of the pain and tremors, and as his condition kept deteriorating the fear only grew stronger.

Then he was referred to Dr. Christopher Honey, Neurosurgeon at VGH and UBC Hospital, for a life-changing medical procedure. 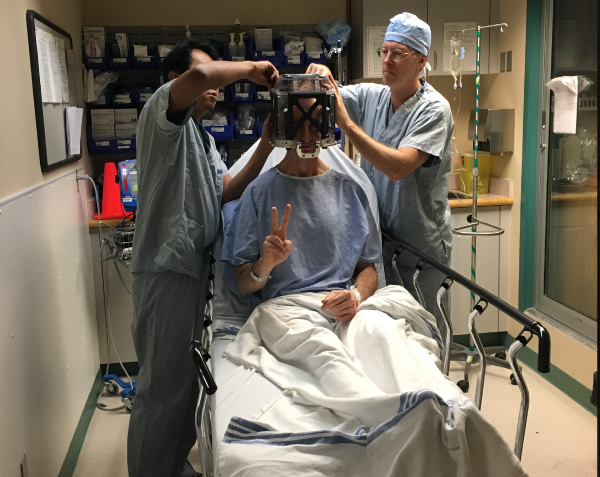 Dr. Honey is the only neurosurgeon in BC able to perform Deep Brain Stimulation (DBS). DBS is an operation where an electrode is surgically implanted in the brain. It is then connected to a neural stimulator — which sits on the patient’s chest like a pacemaker — and switched on. Inside of a few seconds the patient’s tremors stop.

In January 2017, at 52 years old and having lived with Parkinson’s disease and the tremors for 16 years, Steve had the DBS procedure. It was a full-day operation, and once he awoke he was sent home for six weeks to heal, then returned for the final fitting.

“I remember that moment so vividly,” says Steve. “When Dr. Honey switched it on, I could feel it working immediately. My shaking stopped.”

“I love the look on my patient’s faces when I turn the DBS device on for the first time,” says Dr. Honey. “I literally turn a dial and watch as their symptoms stop. It just doesn’t get old.”

Parkinson’s disease affects 1 in every 500 people in Canada.

Over 100,000 Canadians are living with Parkinson’s today.

Approximately 6,600 new cases of Parkinson’s are diagnosed each year in Canada. 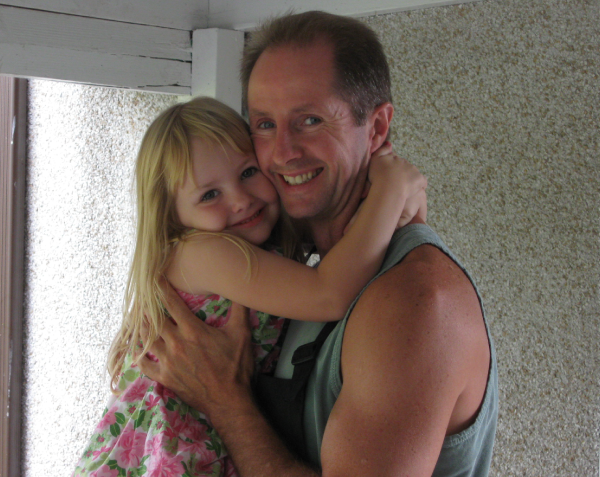 Living without fear thanks to DBS

Steve went back to living his life. He sees friends again, coaches his daughter’s basketball team, cycles and lifts weights at the gym. He went from 160 pounds back up to his healthy weight of 210 pounds, and above all, he’s no longer thinking about when the next painful tremor will occur.

“Living without the fear is one of the biggest changes I’ve had thanks to DBS. Period,” says Steve.

DBS procedures are now expanding from UBC Hospital to VGH thanks to donor funding. This enables Dr. Honey to double the number of procedures he can perform annually.

“It’s wonderful to be given the tools to do what we know how to do,” says Dr. Honey. “So thank you to the Foundation and all of its donors for helping us secure the equipment necessary so that I can operate at VGH and UBC Hospital and double my ORs.”

Dr. Honey’s work in DBS is changing the lives of patients with Parkinson’s and other tremor-causing diseases every day. You can be a part of their amazing transformation. Donate today.

You can change the lives of Parkinson’s patients.