At a home in Mazar-i-Sharif, a city in northern Afghanistan, Sharman Zareen was praying when she heard screams and a loud bang come from inside her house. She rushed to investigate—but nothing in the world could have prepared her for what she saw. Her daughter, Shakila, was laying on the floor covered in blood.

Sharman dragged her daughter’s unconscious body into a taxi to rush to the nearest hospital, which was hours away in Kabul. Each moment felt an eternity to Sharman, who clutched onto Shakila, praying her daughter would be okay.

Shakila was just a 17-year-old girl at the time. She was shot in the face by her husband, a man she was forced to marry and who did not like that Shakila was fighting for education, freedom and equal rights for women.

Somehow, against all odds, Shakila would not die that day. She would make it to the hospital and live to begin the years-long journey to seek refuge, safety and recovery, eventually landing in Vancouver. And like the phoenix, Shakila would rise from the ashes to become the force of nature she is today.

This is the story of bravery. The story of the seemingly impossible. This is Shakila. 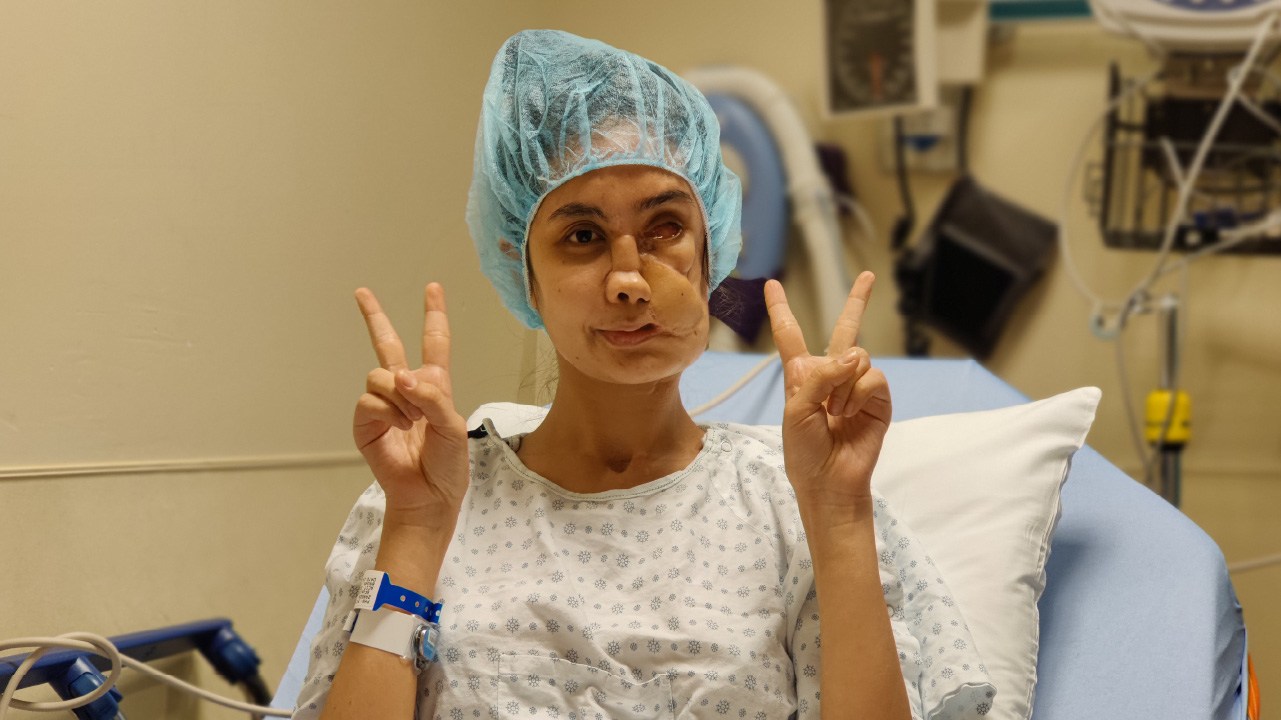 “I have a picture of myself that I keep on my mirror. It’s me—my face—before I was shot. I look at her every morning, and this gives me the strength to go back into the hospital to keep trying.”

The gunshot didn’t kill Shakila, but it caused major damage. She lost her eye, much of her nose and ear, and her teeth and jaw on one side were destroyed. She needed urgent medical care, as well as a safe place to stay for herself, her mother and her younger sister.

With her story starting to make waves internationally, Shakila caught the attention of the Indian government who offered free medical care and refuge. She accepted and spent several years in Delhi receiving urgent reconstruction surgeries. Yet the threat of violence from her former husband was always looming, and the family decided India was not far away enough from him to remain safe. Shakila applied to immigrate to Canada and arrived in Vancouver on January 31, 2018.

Soon after, Shakila came under the care of Drs. Kevin Bush and Erin Brown at VGH who were determined to do all they could to help her. 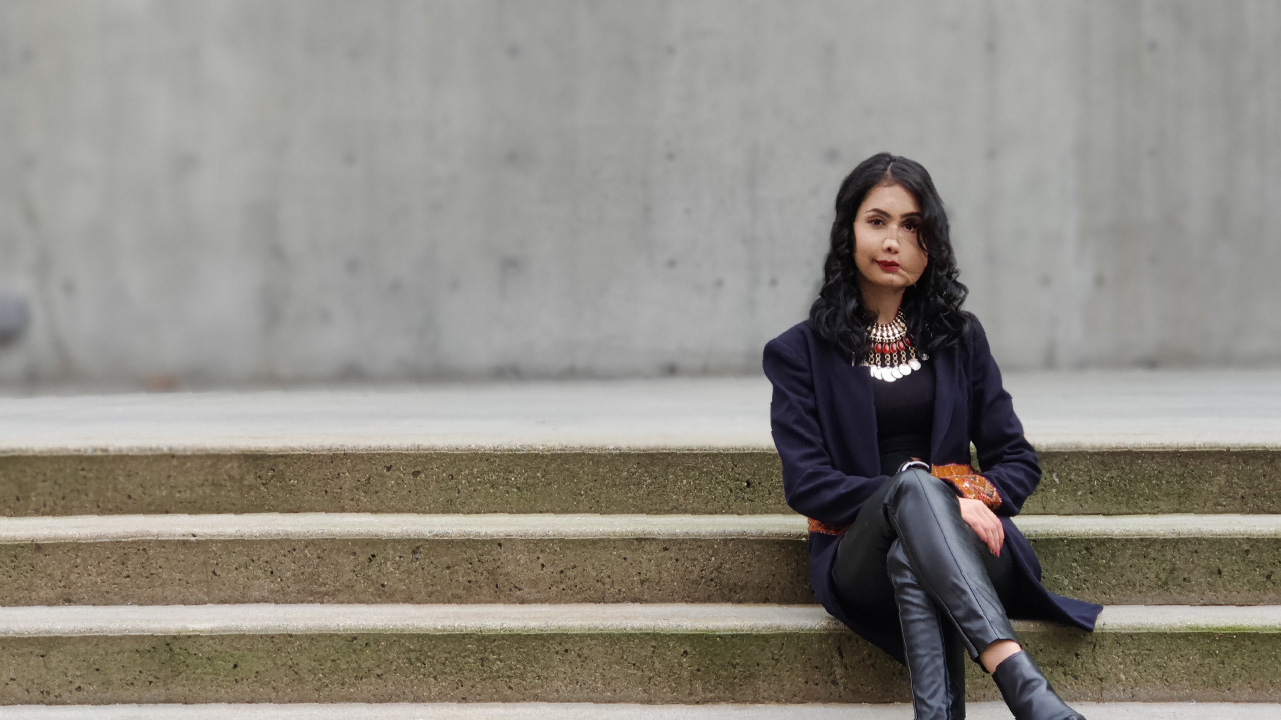 “I’ve had many surgeries at VGH, including one of the biggest ones which was almost 14 hours,” says Shakila, referring to a major surgery in December 2018. “It was very difficult and painful. One of the most challenging, because I could not speak, and whenever I wanted to communicate, I had to write it down on a piece of paper to be translated by family members or staff.”

On that long day, Drs. Bush and Brown, and the medical team rebuilt Shakila’s cheekbone, her upper jaw and placed her prosthetic eye into a proper fitting for her face. Utilizing a 3D-printed skull as a guide, VGH’s expert surgeons spent hours restoring her face. And while it was a big step forward, this was the first of many more surgeries to come. In fact, their work continues to this day.

“Shakila’s unique and complex case requires the support of an incredible number of specialists and surgeons to help her recover as much as possible,” says Dr. Bush. “These are the kinds of operations that can only be done here at VGH.” 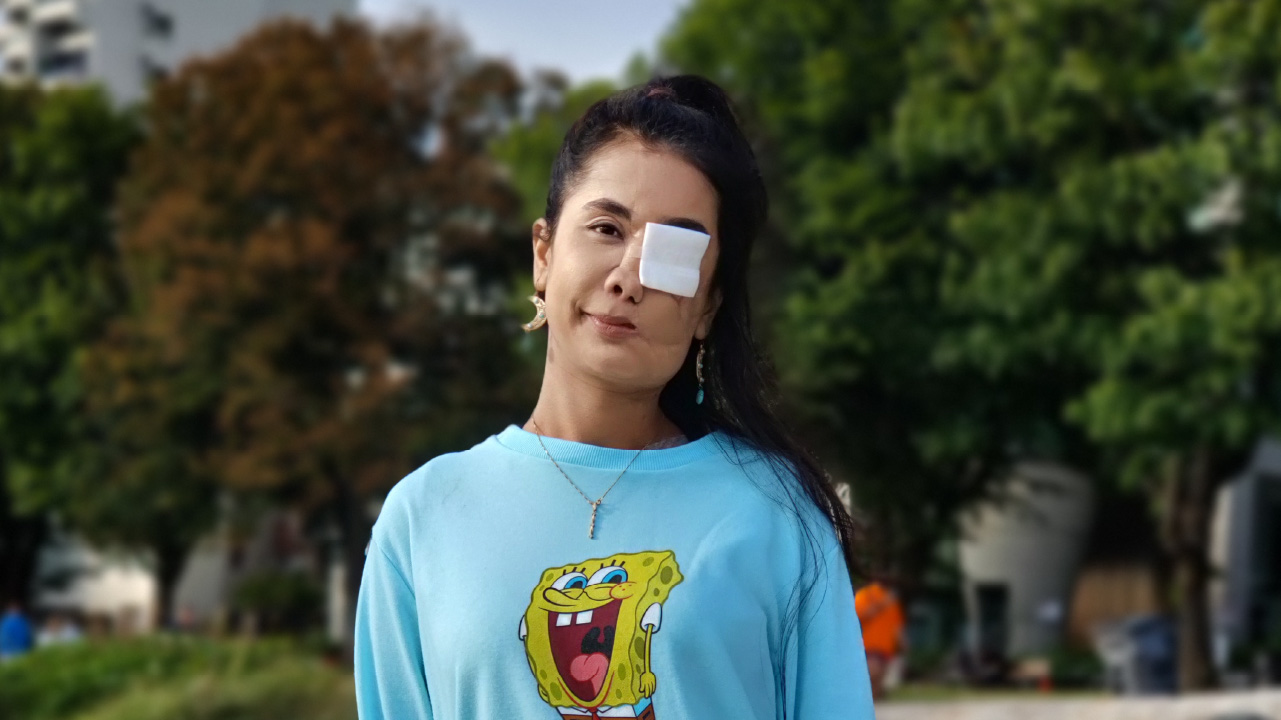 For Shakila, VGH has become like a second home. In the four years since she landed in Vancouver, she has had monthly check-ups and recently completed her 25th surgery as Drs. Bush and Brown, and many dedicated specialists continue to make incremental improvements over time. Each specialist, Shakila notes, is helping treat a different part of her face: the cheek, eye, jaw and so on. And while Shakila is grateful for her continued care, the struggle of receiving surgery after surgery has taken a toll.

“Whenever I am conscious after surgeries, I can’t help but ask, ‘What did I do to deserve this? What did I do so wrong that I had to be shot?’” says Shakila.

Yet still she finds the strength to carry on. 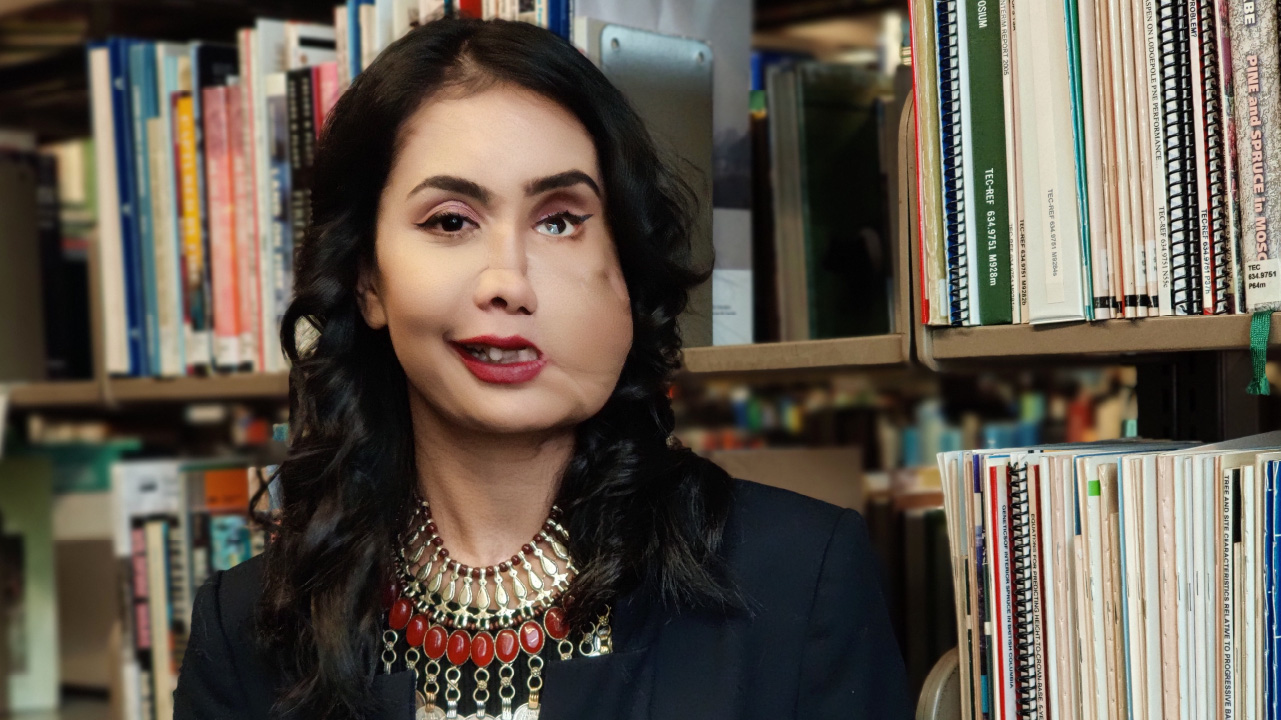 “As a child I did not know there was a term known as ‘violence against women’ but I always stood against it,” says Shakila. “I always spoke up, even to the day I was shot. I was born with the courage to speak up and say no to the patriarchy and no to violence against women. This strength and spirit always existed in me.”

Despite all the impossible hardships Shakila has faced in her life, her spirit has never faltered. She has spun her tragedy into being a voice for the voiceless—a fierce advocate who continues to speak out for women everywhere. Her story has taken her around the world, including meetings with Prime Minister Justin Trudeau. Shakila sees this as her greatest joy.

“I will always continue my advocacy,” says Shakila. “I want to give women everywhere strength, power and energy to stand up for what is right. I will never accept defeat, and I will raise my voice for every day I am alive.””

Today, Shakila spends her time studying for school, advocating for women and caring for her mother and sister at home. Yet Shakila’s remarkable journey doesn’t end here—in fact, it has truly just begun.

At VGH, Shakila received special medical care utilizing a 3D printer. Through this device, surgeons created 3D models and used them as a guide for her many surgeries. This donor-funded piece of technology translated to less time in surgery and a quicker return home.