The Legacy of a Lion

Asha and Ravi, Jab Sidhoo's children are thrilled to carry on their father's legacy.

Leaving a legacy, making an impact

Jab Sidhoo was just six years old when he arrived in BC from British-ruled India in 1929.

From an early age Jab witnessed the fight for equal rights. Whether it was his father’s struggle for fair and equitable treatment, or watching family friends — a pair of sisters, Sarjit and Jagdis Siddoo — become the first Canadian-born doctors of Indian descent.

These progressive moments would play an important role in shaping the charitable man Jab would become.

A lion of his community

Jab loved Vancouver: the city and the people. Jab was one of the 100 founding members of the BC Lions, providing funding to help push the team to their elite status today.

“He never missed a game,” says Asha, Jab’s daughter. “People would phone my mom and ask for invitations to come over and she would say, I have to check if there’s a game on that day.”

“He would look at money like a pie, and he made sure there was always a piece leftover for people who weren’t eating,” says Ravi. “That was dad.”

We are forever grateful to Jab and the Sidhoo family.

Join donors like Jab by leaving a gift in your will to VGH & UBC Hospital Foundation and help make a difference. Learn more about Leaving a Legacy 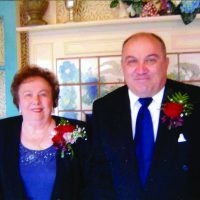