On a cold winter’s day in 2014, Candy Woodworth was warming up in her Pilates class when she twisted her body and felt a discomfort in her abdomen, so she made a doctor’s appointment.

After the ultrasound, she went home and the moment she went to take her coat off she heard the phone ring.

“It was ovarian cancer, and it was the most aggressive kind,” says Candy. “A tumour was growing and I needed surgery. So I did some research and found out about Dr. Dianne Miller and learned she was one of the best ovarian cancer surgeons and researchers in the world. That’s who I wanted to help me.”

Dr. Miller led Candy’s surgery at Vancouver General Hospital on March 4, 2015. The tumour was extracted, and three days later Candy was discharged from the hospital.

However, her long and difficult road to recovery had just begun. 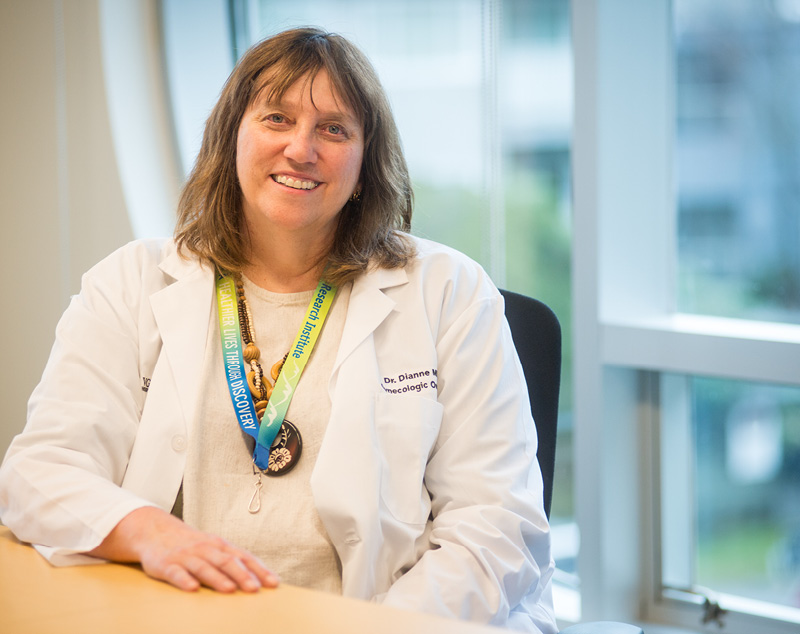 Working through chemotherapy with family

Candy underwent 18 sessions of chemotherapy. Every third session consisted of a heavier dose of drugs, which took a difficult toll on Candy’s body.

“I was literally crawling on my hands and knees on my third go-around,” says Candy.

The experience was hellish, but every session Candy’s daughter Courtenay would arrive and bring her daughter Lachlan, whose face always lit up the room.

“I would just see that face, that little smiling Buddha,” says Candy. “That’s really what got me through it.”

“Lachlan would pull in and say, Granny! What are you doing? Let’s have fun,” says Courtenay. “So it immediately took my mom’s mind off the dark stuff.”

On one of her routine check-ups a year later, the medical team discovered the cancer had spread to Candy’s colon and would require another surgery.

She had her second surgery in April 2016. Six months later the cancer recurred again, and Candy underwent what would be her third and final surgery — all of them led by Dr. Miller.

Dr. Miller extracted the tumour and gave it to Dr. Blake Gilks, Pathologist and co-founder of OVCARE, to further test the tissue.

“Rather than hanging your hat on a blood test to find out if you have an inherited predisposition, OVCARE has helped move it towards what we call tumour testing, where you actually test the tumour first,” says Dr. Miller.

The tumour had a mutant BRCA gene, a marker which thanks to OVCARE research has shown success for patients like Candy with a particular trial medication. This knowledge fast-tracked Candy into a clinical trial and saved her life.

“Candy has a somatic mutation in her tumour which confers the sensitivity to the drug,” says Dr. Miller. “About one-in-five of the women with the worst type of ovarian cancer would have the potential to respond to this drug based on an inherited predisposition. Candy’s not one of those. She’s not somebody that we would’ve expected to respond based on her genetic testing, but her tumour was sensitive. So, in that sense, she was lucky.” 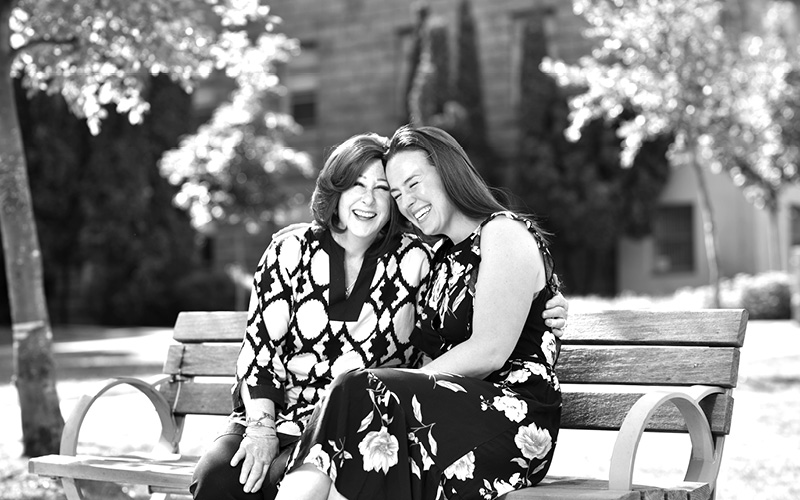 Regaining her life thanks to world-class research and care

Two and a half years later, Candy has had no recurrences with her cancer and she continues to use the trial medication.

“Candy’s a force of nature,” says Dr. Miller. “She was determined to do everything possible and has done very well.”

Today, Candy is able to live her best life. She is a present and active mother and wife, and always willing to play with her grandchildren.

“I owe so much of this to Dr. Miller and her team,” says Candy. “We’re so very blessed. My youngest daughter’s expecting a little girl in September. I have so many things to look forward to now.”

Dr. Miller was recently awarded a Lifetime Achievement Award for her work with OVCARE. Read more about their discoveries.

Your help is needed to fund groundbreaking research. Donate today and help inspire the next breakthrough.