From the forest grew a leader

Glen Patterson fell in love with BC as young man and left a legacy his family can forever be proud of.

Glen Alexander Patterson was a force of strength and good who was a champion of healthy living and the joys of nature.

Born in Calgary, Alberta in 1921, he served in the Royal Canadian Air Force during World War II helping train pilots.

While Calgary was his birthplace, it took one visit to Vancouver in 1936 with the Calgary Boys’ Band, where Glen found himself playing his trumpet in the gazebo at English Bay and swimming in the ocean to fall in love with the West Coast.

After the war, he and his high school sweetheart, Isobel, eloped to Vancouver. He soon found himself employed with Canadian Forest Products in the Nimpkish Valley of northern Vancouver Island, a place Glen described as paradise with its snow-capped mountains and lush virgin forests. From this isolated location in Woss Camp, Glen and Isobel lived the quiet life – tending to their garden and occasionally fending off bears – and were blessed with three children, Dennis, Bruce and Sheila.

Although he would spend his career with Canfor helping build that business into the success it is today, Glen’s passion for health would be a driving force in his personal life.

“As a young boy, dad witnessed the decimation of childhood friends in his youth,” says Dennis. “He told us of the shocking death of a beautiful girl classmate from juvenile diabetes, and how he himself suffered from scarlet fever and was grateful to have survived that terrible disease, which killed some of his peers. Thus began a lifetime focused on healthy living, exercise and contributing to improved health services.”

In 1988, Glen was honoured to be appointed to the board of VGH. It was here he helped build the Eye Care Centre on Willow Street, and, per Glen’s insistence, ensured a garden was built on the east side of the clinic.

“Dad had many personal experiences with Vancouver General Hospital and UBC Hospital,” says Dennis. “He suffered a heart attack while at his home in Coal Harbour, and was amazed by the care given to him at the coronary unit, convinced they saved his life. He had hip surgery there to help him continue his active lifestyle, and even went through cancer treatments as well.”

In his final years, Glen moved to Tapestry on the UBC campus. Ever the green thumb, he was an active member of the UBC Botanical Gardens, until finally he went to Centennial Pavilion at VGH where he received compassionate care in his final days.

“His gratitude to VGH and UBC Hospital was boundless,” says Dennis. “This is why he happily left a gift in his will to the hospital. To help those who helped him throughout his life.”

Through thoughtful planning, you can help support future generations. By leaving a bequest in your will or designating the Foundation as a beneficiary of your RRSP, RRIF or TFSA – your gift can help our health care teams save lives now and well into the future. Learn more 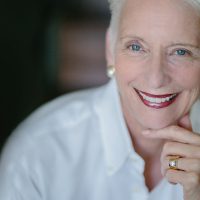 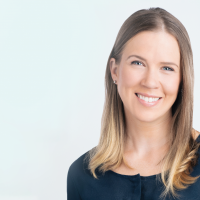